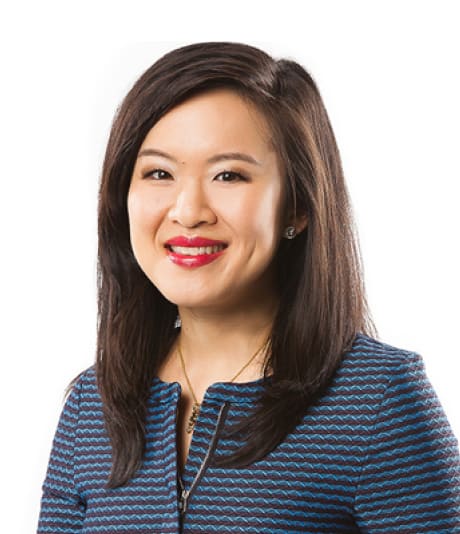 Teresa brings more than a decade of experience to the role having worked in newsrooms in Beijing and Vancouver prior to Singapore. In Vancouver, Canada she presented news both locally and nationally for the Canadian Broadcasting Corporation (CBC). She also filed live, daily reports on a national, prime time programme often covering stories from Asia Pacific for western audiences.

Before that, she worked in Beijing as a reporter for China Central Television (CCTV) and Blue Ocean Network based in Beijing. Among the array of assignments that Teresa covered are the handover of power to Xi Jinping in 2012 and the Vancouver Winter Olympics in 2010.

During her time with CNA, she has co-anchored several live news events including the historic summit between President Trump and North Korea’s Kim Jong Un in 2018, the passing of Thai King Bhumibol Adulyadej in 2016 and a 4-hour marathon homecoming special for Singapore Olympian Joseph Schooling. She has interviewed notable figures such as founder of Indonesia's first startup unicorn Gojek, Nadiem Makarim, Canada’s foreign affairs minister Francois Philippe Champagne, and father of the Internet Vint Cerf. Among her list of interviewees are an array of cultural figures and celebrities including singer Charlie Puth, entrepreneur Gary Vaynerchuk, fashion designer Jason Wu, and youngest MMA World Champion Angela Lee.

Teresa earned a master’s degree in Global Politics from the London School of Economics and a First Class Honours degree from Simon Fraser University in Vancouver. She also studied journalism at the British Columbia Institute of Technology in Vancouver. Teresa speaks Mandarin and the Fuzhou dialect.